Limestone was first removed from the "lime quarry" at France Park around 1835. It was used in the construction of buildings and bridges. With the opening of the Wabash & Erie Canal in 1840, limestone was boated up and down the canal as far as Fort Wayne and Lafayette. The stone from this quarry was known for its fine quality. In 1841, stone was boated to Logansport to build the foundation of the courthouse. Stone was taken to Delphi for the building of the piers of the Pittsburg Bridge.

In 1892, an Ohio company named Casparis bought land that included the quarry from Dr. Graham Fitch. The Casparis Stone Company opened in 1893 and operated until 1927.

Limestone was shipped to Gary and South Chicago for use in the steel-making process. The stone was used as a flux. It was mixed with iron ore and coke. The company shipped 750,000 tons of crushed stone annually. The Casparis Company employed between 250 and 300 workers who were paid 40 cents to 45 cents per hour. They worked 12 to 14 hour days, seven days a week.

During this lime, the community of Kenneth developed and flourished. Approximately 30 stone homes were built Quarry workers could live in one of the homes for $5 a month. A general store was built and operated, enabling workers and their families to buy goods and supplies without having to travel to Logansport Community stone ovens were fired to bake large quantities of bread for the workers and their families. Families from Italy and Macedonia were among the many who comprised the community of Kenneth.

Some of the names of the quarry workers in the 1920s and 1930s were DePaw, Marocco, Butch, Fazoli, Sabatini, Parkevich, Laveta, Rossi, Reeser, Shelhart, Gordon and Scagnoli. 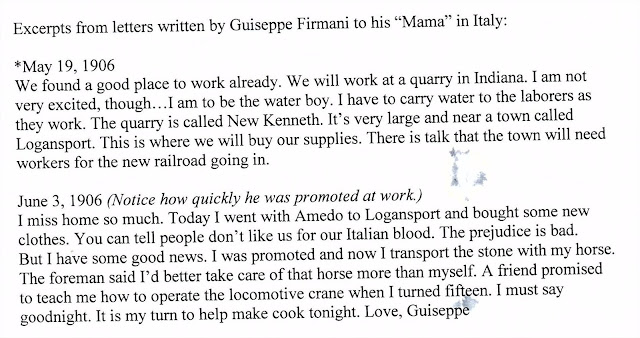 George France bought the quarry in 1927. Limestone removal continued but the supply of quality stone was being depleted. The quarry was closed in 1937 and much of the equipment was moved to Keeport east of Logansport The quarry reopened in 1941-42 because the market for smaller stone had increased. The stock piles that had been left were now being used in the production of ag-lime or 10-F stone which was used for roads and waterways.


Decreasing labor supplies caused by World War II, the short supply of quality stone and the fact that quarries were filling with water contributed to the closing of the quarry in 1943. 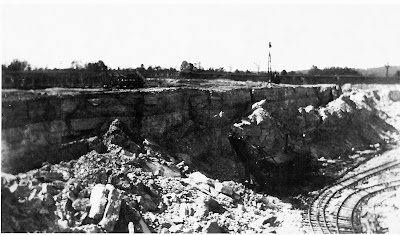 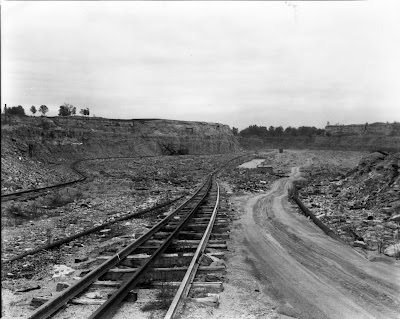 In 1947, the large crusher was dismantled and sent to Panama where it was reassembled and used.

After 1947, the quarries became known for their clear blue water and scenic limestone cliffs. 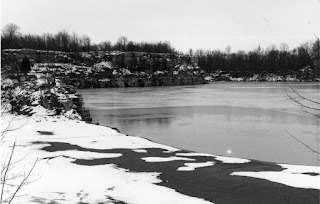 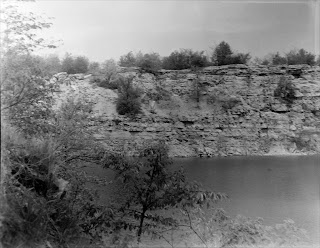 Although they were not open to the public, the quarry lakes were popular fishing and swimming attractions for many. In 1966, the first Cass County Park and Recreation Board was formed. It was believed that Cass County needed a park and recreation area and the France Stone quarries would be suitable for development The land was leased, then purchased from France Stone. The official dedication and opening of France Park was in 1969. 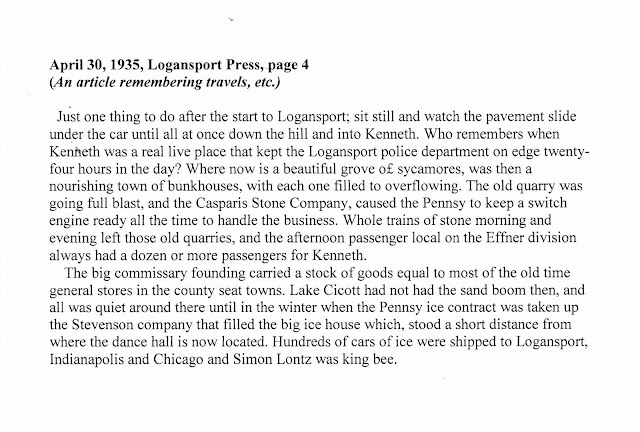 The quarry has been a major attraction within France Park since it opened in 1969.
Posted by Museum Director T Conrad at 11:41 AM 1 comment: