There has been a renewed interest in a building that stood on the southeast corner of Linden and Third Streets next to the Third Street Bridge over the Eel River in Logansport, Indiana. It happens that I did a story for the Cass County Historical Society newsletter back in 2007 when the building was being torn down.

I am including images of the two-page story here: 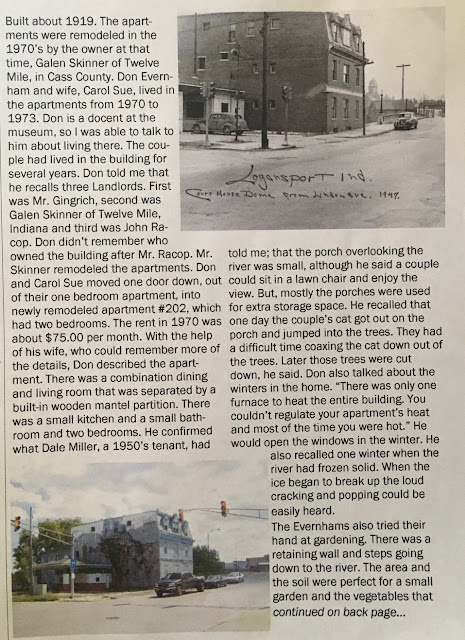 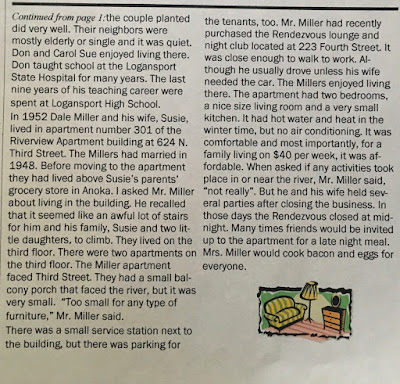 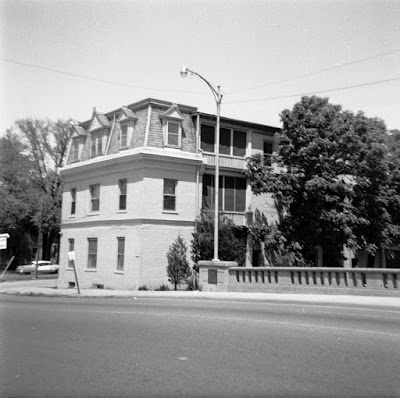 The structure housed other businesses in the little building just in front of - practically attached to - it. Gas station, a dry cleaner I am told and, at one time, in the 1970s, my own father in-law operated a used car lot, using the small building as an office at this location. 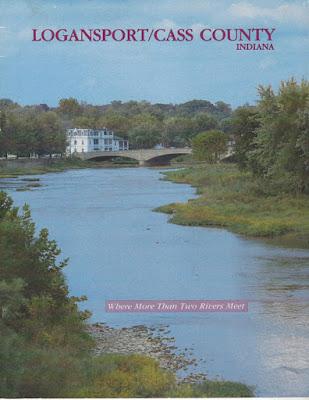 Above: The building pictured on the cover of a Logansport city promotional publication. 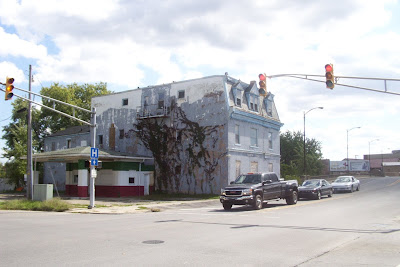 Notice the small building painted green, white and red in the photo above. The building lacked the attention and money that was required to maintain it. So, it gradually started to deteriorate. 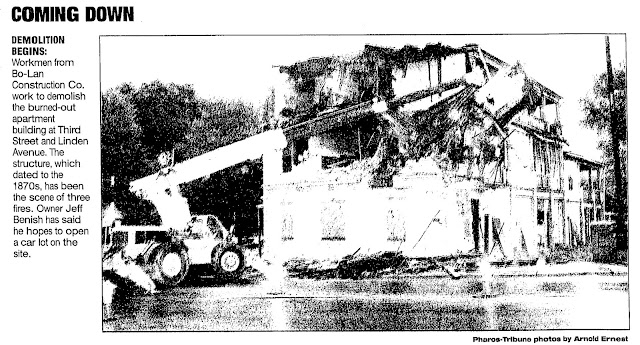 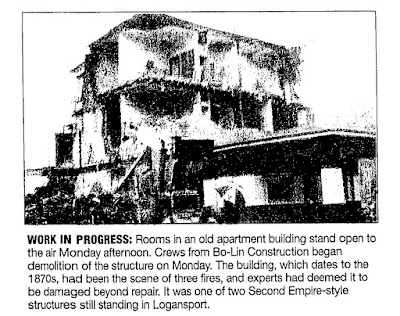 The reporter for the Pharos Tribune states above that the building "dates to the 1870s" however my own research places the construction of the building in the 1919 range. 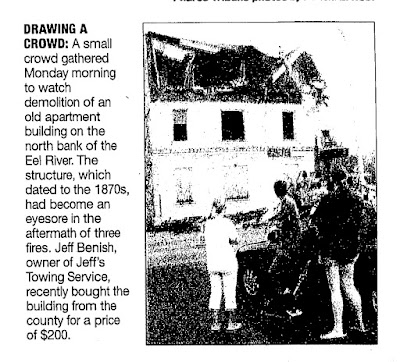 After the demolition of the big old building the owner, Jeff Benish (now deceased), repaired and made improvements to the small building that remained. He made it look quite presentable. After a time Mr. Benish opened a sort of ice cream and sandwich shop there. He envisioned outside tables where one could enjoy the view of the river while having a snack or a small meal. I am reporting on this vision as it was told to me, personally, by Jeff Benish.

Eventually he decided to offer a form of entertainment and he built another structure, more of a storage unit, and attached a small stage to it for karaoke singing on the weekend evenings.

As I enter this information into this blog, June 2020, the property is for sale.

Posted by Museum Director T Conrad at 10:27 AM 1 comment: