Beginning one mile upstream from Adamsboro,  in Clay Township, the Olde Towne site extends eastward for 3 miles to a point beyond Twelve Mile Creek and Buskirk side-road, leading south to the river, one mile west of Hoover, in Adams Township, 4 miles northwest of New Waverly.

The "towns" of Admasboro, Hoover and New Waverly used as landmarks in the description above were just that - towns - many, many years ago. Now they could be better described as modern-day country neighborhoods consisting of homes and perhaps a church and a cemetery for each.

Olde Town was the center of the branch of the Miami known as the "Eel Rivers", among them was Little Turtle. This remarkable chief was the head of the entire Miami nation for a long time. He also headed the far greater Pan-Algonquin Confederacy. Little Turtle, who possessed a great military mind, led his people to repeated victories over armies of such generals as LaBalme, Harmar and St. Clair. 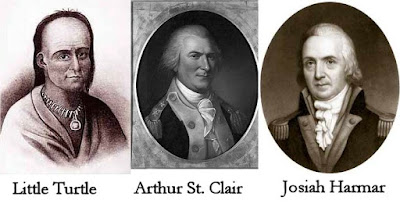 On August 7th and 8th, 1791 Olde Town was completely destroyed by 525 mounted Kentucky militiamen led by General James Wilkinson, who was destined to succeed "Mad Anthony" Wayne as chief commander of all armies of the United States. Wilkinson was under orders from General St. Clair, Governor of the Northwest Territory.

When they arrived only a small portion of the usual hundreds of warriors was present because most were away hunting, leaving mostly the women and children. The American troops slipped in from the east, crossed the Wabash River on an old Indian ford near, Cedar Island or known in modern times as "Country Club Island", made their way across Miami Township and quickly forded Eel River between Kidd's Island (a point where later the Daughters of the American Revolution -DAR- would erect a monument). 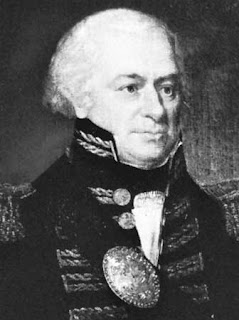 The troops first attacked the portion of the village lying between Dry Run and Mud Branch Creeks. 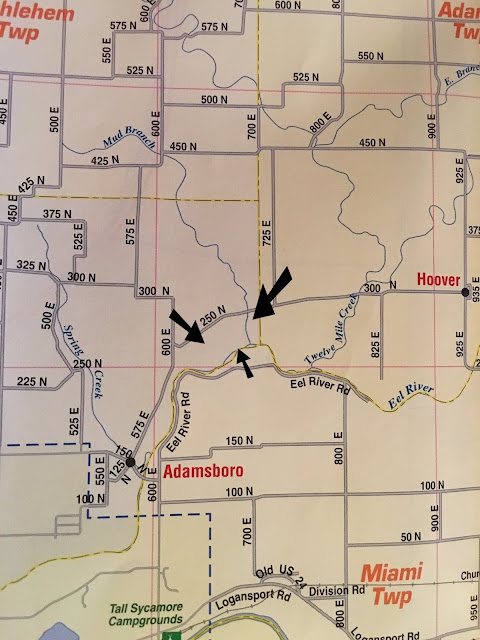 Arrows on the map image above point to the area where Olde Town/Kenapacomaqua was located.

Though taken by surprise, the few warriors present fought hard from behind cabins and trees, until as many as possible, especially the women and children, could make their escape. For nearly half an hour the forest rang with shots and yells. But, soon the Americans were in complete possession of the village.

Eleven were killed - nine Miami and two soldiers. Thirty-four  Miami were captured. Many were injured, including one of Wilkinson's soldiers who was crippled for life.

The Americans camped in the town overnight and buried the dead. The troops searched for white captives of the Miami. They searched as far east as what is today the town of Mexico - in Miami County. They found no captives. In fact the few captives in custody of the Miami were laboring on a root-digging expedition in the wilds of what is now Fulton County - to the north.

Before leaving the area the troops burned every structure in Olde Town to the ground. Both harvested and unharvested crops were completely destroyed and every other damage possible was done.

On the night of August 8 General Wilkinson's troops camped at a point north of the modern-day Izaak Walton clubhouse in Noble Township.

Eventually they turned south, arriving at Louisville, Kentucky, with their prisoners, on August 21, 1791. 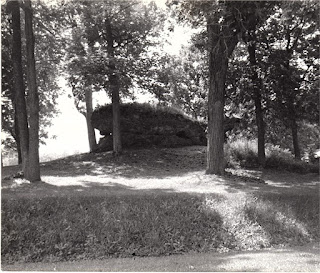 Above:   Council Rock is located near Cedar Island aka Country Club Island. Logansport Golf Club clubhouse occupies this "island" today. Many treaties and other meetings were held here at the Council Rock. It is on private property. 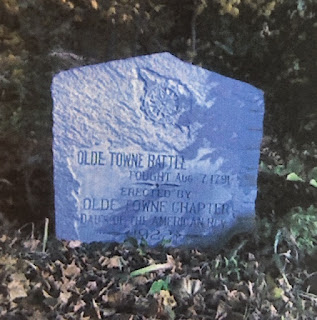 In 1922 The Olde Town Chapter of the Daughters of the American Revolution (DAR) placed a stone marker in the area of the battle.

According to the Logansport newspaper "Hundreds of people witnessed the unveiling" and Judge John S. Lairy delivered a speech.

Local historians Chester Wilson and Chalmer Condon began an excavation of the Olde Town area in August of 1932.

They kept a journal and put together a map of the area based on their findings. They forwarded copies of these to Sam Upton, who was also a historian and Curator of the Cass County Historical Society at that time.

Condon and Wilson discovered three trails, several tent sites, a dance ring and ceremonial circle which would've been the place for many things - including burning at the stake.

In 1880 a section of the area was first plowed by farmer John W. Wild. Items found during that time included a "silver cross about 4" across, a bronze medallion engraved '17-- Frederick the Great defender of the Protestants', glass pieces, musket barrels, lead grape shot and copper kettles (the kettles and grape shot can be seen in the Cass County Historical Society Museum today).

In 1932 when excavating the tent sites and the circle Wilson and Condon found primitive Native American tools and bones. The soil samples left no doubt as to where the fires were kept and where structures stood. 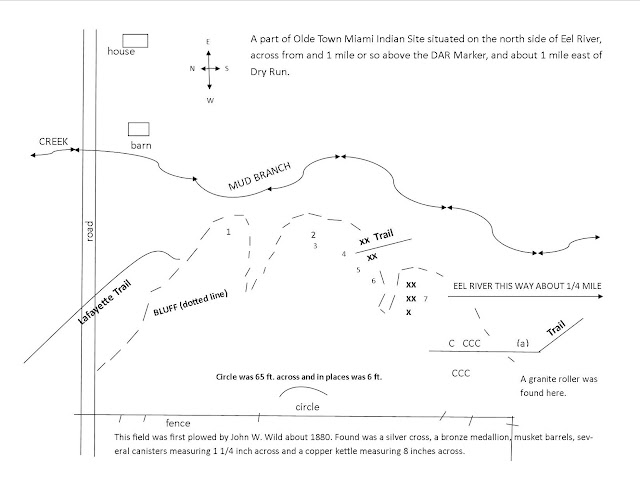 Above: This map mirrors the 1930s  map, drawn using a pencil on lined paper, by Wilson and Condon. 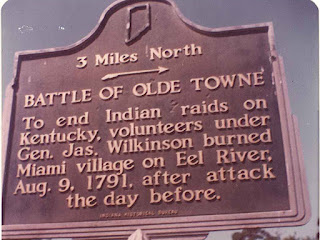 It is no longer standing.

To quote Robert B. Whitsett, Jr., yet another Cass County, Indiana historian and genealogist: "The story of the rise and fall of Olde Town is one of the most fascinating and colorful, but least known chapters of Indiana history".

ARTIFACTS IN THE LOCAL MUSEUM 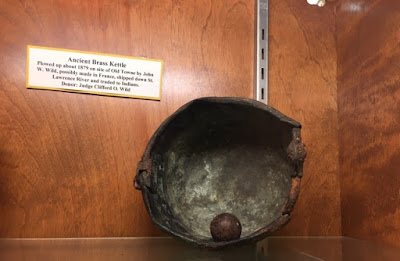 Brass Kettle, possibly made in France, shipped
down St. Lawrence River and traded to Indians.
(Inside is a piece of grape shot.) 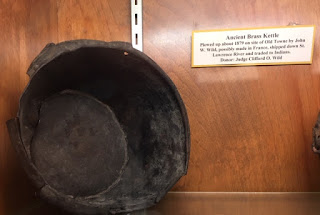 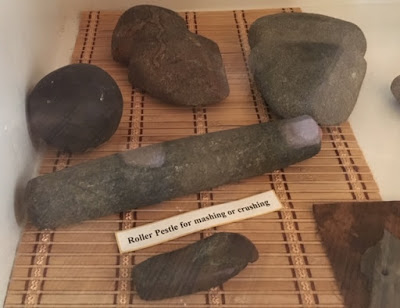 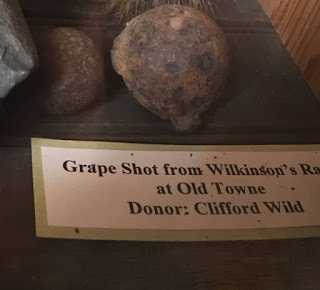 These round lead balls range from 1 to 2 inches in diameter. 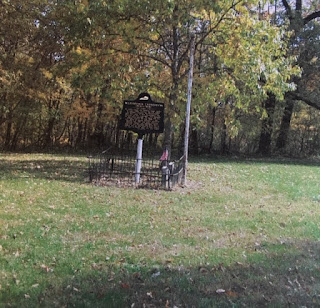 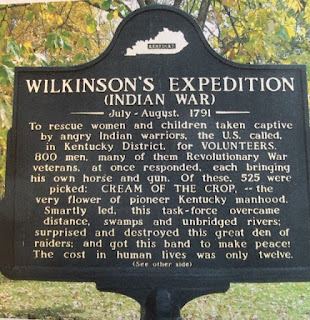 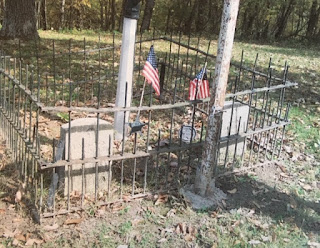 Graves of the two soldiers who were killed during the raid.

Much more can be learned about the Miami and this battle (raid) by visiting your local historical society.

My sources for the content within this blog topic include:
Logansport Press
Logansport Pharos Tribune
Report to the War Department, August 24, 1791 by Lt. Colonel Commandant Wilkinson
Journal pages and personal letters between Chester Wilson & Sam Upton

Posted by Museum Director T Conrad at 11:30 AM