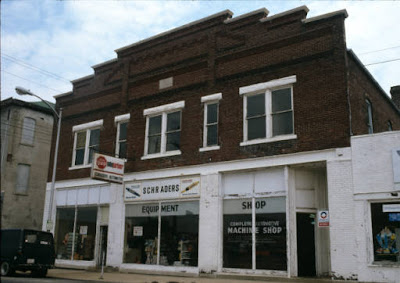 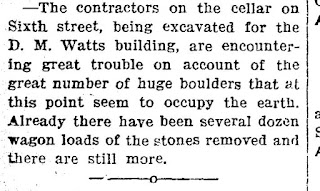 Above clipping from the Logansport Pharos Tribune also 1901. 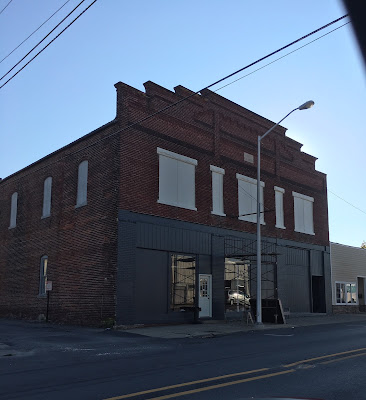 2017 view as building is being prepared to house Legacy Outfitters and Black Dog Coffee.

March 8, 1900
Logansport Pharos Tribune
At a late hour last night the boys at the North street engine house were wakened from their slumbers and informed by a resident of that locality that a stove in the agricultural ware rooms, owned by D. M. Watts, just north of Maurice's butcher shop, was burning at full blast and that there was danger of the building being set on fire by the overheated stove. One of the boys quickly donned his wearing apparel and went to the scene where he found a red hot stove, which would no doubt have been the means of setting the building on fire. The gas was turned off by the firemen, and this morning Mr. Watts was informed of the affair. He informed the fire boys that he is positive he turned down the gas before leaving and is under the impression that someone else, who has no right, carries keys to the building, and that they probably entered the building and turned on the fire in order to warm themselves. Mr. Watts says a careful watch will be kept for the individuals and if caught they will be given the full benefit of the law.


1917 – Obituary for Daniel M. Watts, for many years a dealer in agricultural Implements in Logansport, died this morning at 4:30 at his home, 921 Helm street, aged 61 years, death being due to diabetes, from which he had been a sufferer from a long time but which did not become acute until about two weeks ago, when he was compelled to relinquish his business. Mr. Watts was the son of William and Elizabeth (Daily) Watts and was born in Noble Township, Cass County January 2, 1856. He is survived by his wife, one daughter, Mrs. Alice Patterson, and three sons, William N. H. Watts, Ernest Watts and Harry E. Watts, all of this city. Deceased was a member of Eel Hirer lodge I. 0. 0. F., Purity Rebekah lodge, Woodmen of the World and the Ninth Street Christian Church.