I came across an interesting article the other day and with this being the season for football, it seemed fitting to share this on the blog. Read on...

Albert H. Douglass began his teaching career in 1879 in Bethlehem Twp. He became Supt. of Logansport Public Schools. His wife Elizabeth and their children lived at 1219 Market, according to the 1899-1900 city directory. This is his photo in the 1909 Tattler. 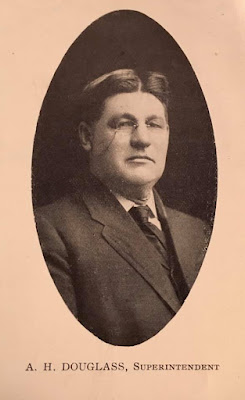 This is the LHS 1909 football team. In 1911 Supt. Douglass was quoted “the life of football (here) and elsewhere in the state is about to be wiped from the list of HS sports. It was disband in Lafayette and at Marion; HS boys should not play football. It is a man’s game”. 11/22/1911 Logansport Daily Pharos. 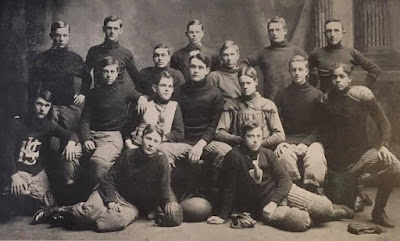 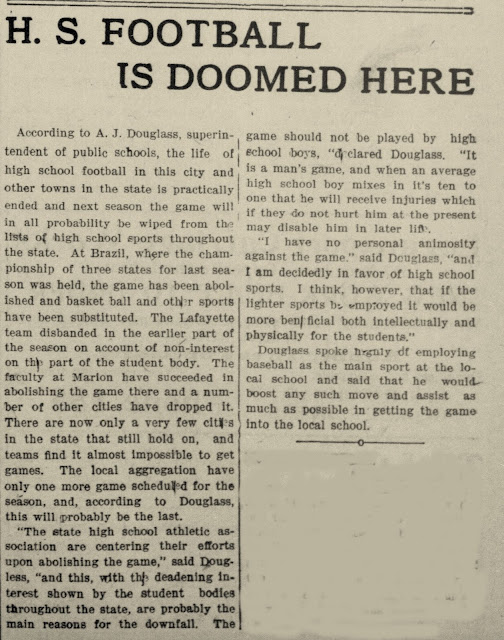 This is Albert H. Douglass Jr. LHS class 1912. He and friends John Bishop, Murray Epsy, Wm Kraut, Forest Plank and Harry Shafer came close to losing an entire term of work at school - punishment for painting the 1912 class numerals in and outside of the school. “One of the boys told his girlfriend and she couldn’t keep a secret”. By the way - Albert Jr. played football.

This is Albert H. Douglass and Elizabeth; an image used on a "real postcard" for their Christmas greeting card. Here are the front and the back of the postcard. 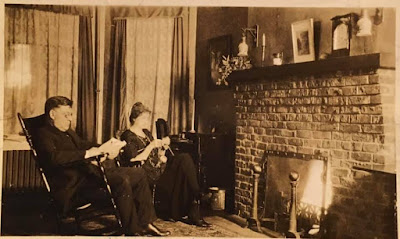 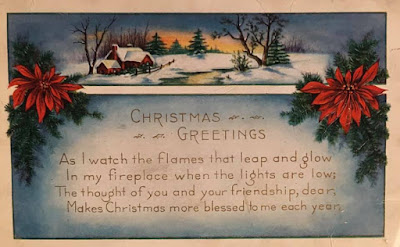 Posted by Museum Director T Conrad at 9:49 AM